During our summer holiday we accidentally ran into Villa Suzanne in Aurillac, France. According to what I could find on the internet, this beautiful villa was built in 1903 by an architect called Casimir Olivier Croizet (Junhac 1867 – ?). Though the villa is located in the middle of the city, it was designed like a suburban house with two stories, overlooking a courtyard and garden.

As the house is privately owned, we didn’t get a chance to look inside. But according to the information available on the internet there is still some original woodwork inside, as well as a panel with a painted image of the Massif Central which showed at the World Expo 1937. Changes were made ​​by the architect’s son Pierre Croizet in the 1960s. 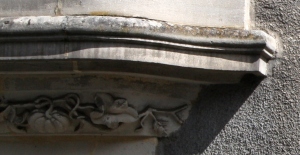 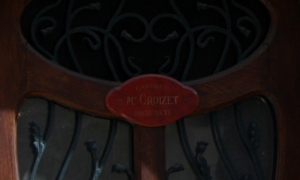 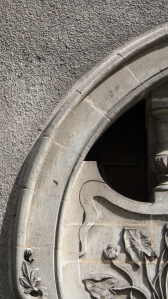 The villa was registered as a historical monument on 23 December 2009 under number PA15000043 as it presents “… sufficient value from an art historical point of view because of it’s originality and the rarity of the Art Nouveau architecture for the Auvergne region and because of the presence of the original interior, realised by architect Croizet.” 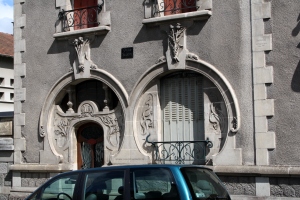