We all get a lot of information through Facebook and other social media. In order to control the amount and the character of the information we get, we’ld better carefully select our ‘friends’ and refrain from ‘liking’ too many posts… And sometimes it actually turns out to be a blessing that a carefully selected friend ‘liked’ something which his friend’s friend had ‘liked’ before him etc. and we get excellent information delivered on a silver platter!

The post that surprised me most this week was about a secret subway station in the middle of the Big Apple, right under the City Hall. It looks amazing, and realising I have actually walked right over it back in 1989, I am even more fascinated by it. If only I could travel back in time, knowing what I know now, and visit the subway station (which had become a branch of the New York Transit Museum). Little over ten years later – in late 1998 – the station was declared a “highly secure” area by the Giuliani administration, and closed for visitors.

Currently, the subway station is not open for visitors, except for registered members of the New York Transit Museum. However, if you take the 6 train heading downtown, stay on beyond the last stop (Brooklyn Bridge – City Hall) and look out on the right side, you might get a glimpse of the station when the train travels around the loop to head back uptown. Keep in mind that there are no lights and you depend on the skylights and natural daylight, so don’t go there expecting to see something at night. For these reasons, I can not show you my own pictures and I therefore gathered pictures that other people have posted; Most people post the same pictures and I am not entirely sure, but I think those pictures were taken by John Paul Palescandolo and Eric Kazmirek. A big THANK YOU is in place for these great pictures! 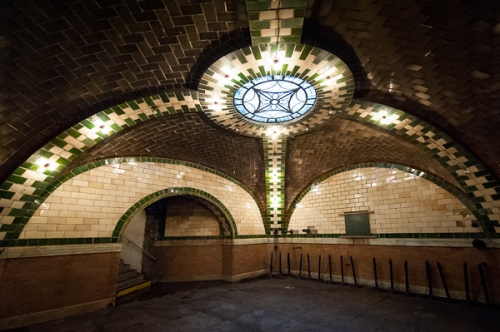 The official start of construction of the Subway Station took place on March 24, 1900, at the front steps of City Hall, at a ceremony officiated by the Mayor Robert Van Wyck. The subway opened to the public October 27, 1904, after opening ceremonies the day before attended by Mayor George McClellan.

Wiki says the following about the City Hall Subway station:

City Hall, also known as City Hall Loop, was the original southern terminal station of the first line of the New York City Subway, built by the Interborough Rapid Transit Company (IRT), named the “Manhattan Main Line”, and now part of the IRT Lexington Avenue Line. Opened on October 27, 1904, this station underneath the public area in front of City Hall was designed to be the showpiece of the new subway. The station was designed by Rafael Guastavino. The main consulting architects on the IRT stations were George Lewis Heins and Christopher Grant LaFarge for the company Heins & LaFarge. This station is unusually elegant in architectural style, and is unique among the original IRT stations, employing Romanesque Revival architecture. The platform and mezzanine feature Guastavino tile, skylights, colored glass tilework and brass chandeliers. Passenger service was discontinued on December 31, 1945, making it a ghost station, although the station is still used as a turning loop for 6 trains. 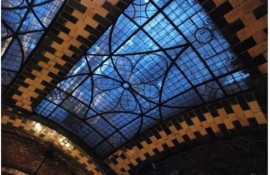 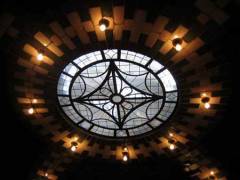 The skylights, glazed tiles and wrought iron classify this station, if you’ld ask me, as Art Nouveau architecture. Also the original entrance suggests that we are dealing with an Art Nouveau object, which would make perfect sence for a subway station that was built in 1904. 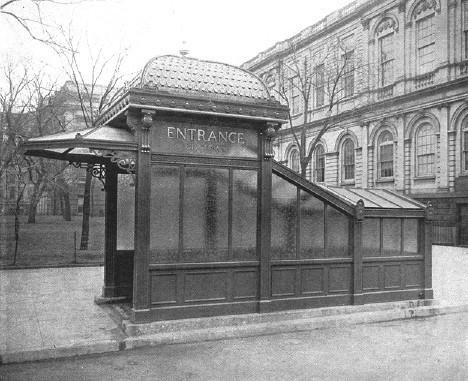 The entrances (called Kiosk) were the same all along the subway line, and you can actually see a 1986 reproduction at East Village – Astor Place in New York City, or when you click here. 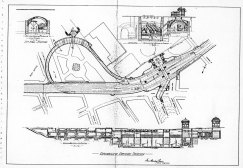 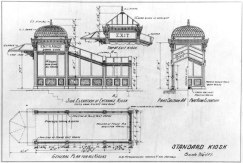 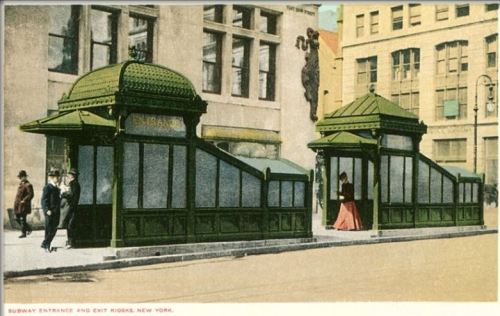 So, what have we learned from this story? To carefully select our Facebook friends, click on their posts once in a while, and who knows, maybe we’re in for a treat one day!