In April, I wrote about 2013 being the 150th birth year of Henry van de Velde and I listed the activities taking place in Europe to celebrate this great artists work. My post was a retrospective of the life of Van de Velde, so I am not going to write the whole story again. If you like, you can read my previous post here. However, as I finally got the chance to visit the main exhibition “Passion – Function – Beauty” in Brussels yesterday, I am excited to share my pictures with you today!

“To celebrate the 150th anniversary of the birth of Henry van de Velde, the exhibition Passion – Function – Beauty will be a chronological survey of the life and work of this multifaceted artist, based on a never previously seen assembly of works of art and a multitude of documents, including photographs and letters. It is being set up by the Royal Museums of Art and History in co-operation with the Klassik Stiftung Weimar and will be held from 13 September 2013 to 12 January 2014 at the Cinquantenaire Museum in Brussels, following a previous showing in the spring of 2013 at the Neues Museum Weimar.”

What struck me the most at the exhibition, was the fact that also Van de Velde was visibly influenced by Japanese art. The furniture he designed for his house Bloemenwerf clearly shows a Japanese influence. Also pictures of his wife at Bloemenwerf proof that he loved Japanese art: there are Japanese woodblock prints in the background.

I absolutely loved the Japanese style mahogany picture frames! They were made in 1896-1897 by Société Van de Velde, the company that produced the items Henry van de Velde designed. 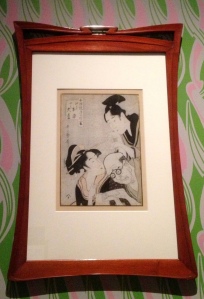 But there were many other items on display, also by Van de Velde’s contemporaries. So if you love Art Nouveau, you really need to visit this exhibition in Brussels while it lasts. There are only 6 weeks left! 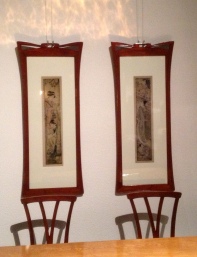 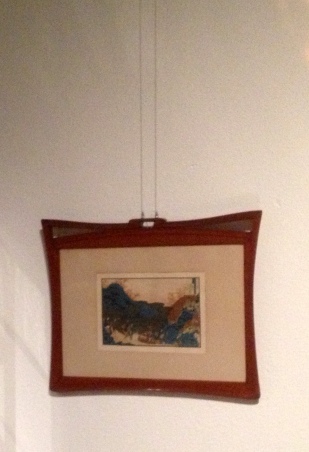 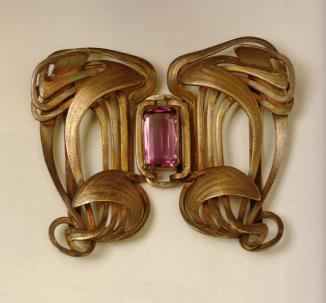 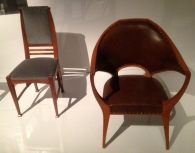 Source
Audio guide to the exhibition in Weimar
Cinquantenaire Museum
Cobra.be
Henry van de Velde.com
Lannoo Publishers
Online Galerij
You can buy the book about the exhibition online, in English, Dutch or French at Bol.com