Today was officially the last day of the II coupDefouet International Congress and it promised to be a long day. The lectures would end at around 2.30 pm but we had a couple more guided tours on the program as well.

The subject of todays papers was The New Frontiers: Unveiling Art Nouveau Cities. The growing popularity of Art Nouveau in the last decades has made it possible for both specialists and, to a certain extent, the general public, to discover previously little-known Art Nouveau heritage in cities and regions across Europe and the world. But the true extent of the creative Art Nouveau explosion of the late nineteenth and early twentieth centuries still has to be fully assessed, and new discoveries are seeing the light periodically. 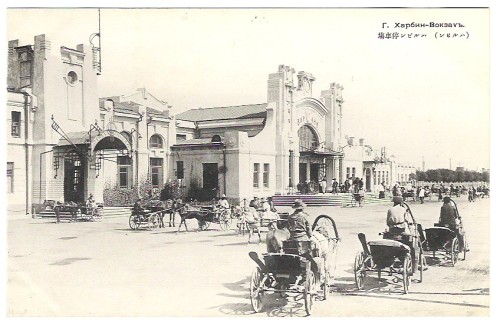 This was certainly my personal favourite subject and all papers were, without any exceptions, highly interesting. Most surprising to me was the presentation by Paolo Cornaglia. He showed us some amazing Art Nouveau architecture in, of all places, China! His explanation was excellent; I absolutely enjoyed this presentation.

The Keynote speech Forgotten Cities: Rescuing and considering Art Nouveau Heritage was prepared by Teresa-M. Sala (Art Historian, Professor at the University of Barcelona, GRACMON). Her presentation included lots of pictures of Art Nouveau heritage in unexpected places, like for instance Havana.

All papers can be downloaded here.

With above titles it is evident that we journeyed to all corners of the world today. In some cities there is ‘real’ Art Nouveau architecture to be found; in other cities it is merely the decoration of existing buildings that forms the Art Nouveau heritage. But does that make these ambiguous buildings less interesting? Paul Greenhalgh (director of the Sainsbury Center for Visual Arts and professor at the East Anglia University) rightly said “We’re going to update the definition of Art Nouveau”.

Valérie Thomas (Head Curator of the École de Nancy Museum) delivered an excellent closing speech The 1900 Universal Exhibition, a Consecration for Art Nouveau. The Example of Emile Gallé, in which she explained the political background of Emile Gallé’s symbolic decorations.

Yet after this closing speech the days wasn’t nearly finished! We had two more guided tours ahead. One at Casa Amatller and one at Casa Lleó Morera.

Casa Amatller, located at Passeig de Gràcia 41, was designed by Josep Puig i Cadafalch for chocolate manufacturer Antoni Amatller, and built between 1898 and 1900. The house has the appearance of an urban Gothic mansion, but is nevertheless a real Art Nouveau treasure. Sprinkled with mediaeval details, sgraffito, sculptures and stucco work, the house is a spectacular example of the opulent gilded atmosphere enjoyed by the bourgeoise of the ‘Modernista Eixample’, the Art Nouveau part of Eixample district. 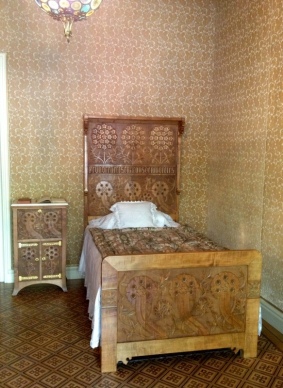 Still in awe of the Casa Amatller interior we wandered to Casa Lleó Morera at Passeig de Gràcia 35. Little were we prepared for what was awaiting us there. The interior of Casa Lleó Morera gives new meaning to the word ‘overwhelming’. Words do no justice to what we were about to see… 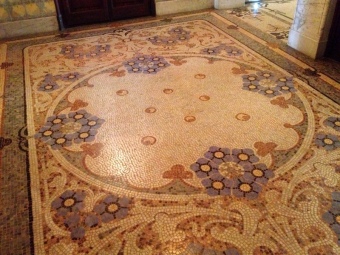 Francesca Morera i Ortiz inherited a building from her uncle on Passeig de Gràcia 35. She commissioned the architect Lluís Domènech i Montaner to work on it but she died before seeing the finished work. It was her son, Albert Lleó i Morera, who took charge of the house, giving it the name by which it is known today, Casa Lleó Morera. Lluís Domènech i Montaner, who surrounded himself by a large group of master artists and craftsmen like the sculptor Eusebi Arnau, mosaicist Mario Maragliano and cabinetmaker Gaspar Homar, absolutelty created a magnificent master piece. The interior of Casa Lleó Morera is an explosion of Modernism, and said to be one of the best preserved interiors in the city.

You can imagine that we were exhausted after this long day. Completely flabbergasted by the breathtaking beauty of Barcelona Modernism it was time to sit down and have a beer… 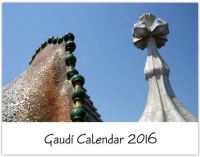 After this trip I have produced a 2018 Calendar with some of my photo’s of Gaudí’s beautiful architecture. You can see, and order my calendar when you click here.