The Dutch Museum of Lithography is presenting a spectacular exhibition about one of my favorite artists: Alphonse Mucha. For the first time in more than 15 years a large overview of his work can be seen in the Netherlands.

Originally the exhibition was supposed to open on the 21th of March 2020, but due to the Corona-pandemic and the mandatory closure of all museums, doors remained closed until the 2nd of June. Museums in The Netherlands can now be visited again, providing you have bought your tickets beforehand online and reserved your timeslot.

During the closure though, the museum did everything in its power to share as much of the beautiful exhibition as was technically possible. Subscribers to their newsletter received regular updates with background information about certain art works. An Audio Guide was published on IZI.travel allowing for visitors to ‘see’ part of the exhibition online, and the catalogue could be ordered from the website in advance. 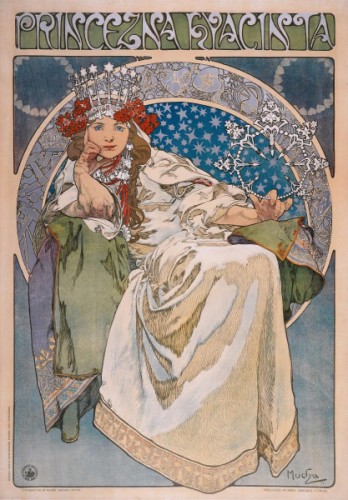 Alphonse Mucha, and the myth of his 1894 Gismonda Poster

Alphonse Mucha (1860-1939) studied Fine Art at the Art Academy of Munich and the Academy Julian in Paris. He wanted to be an academic painter. But when his sponsor stopped financing his education, Mucha was forced to make a living for himself. He endured years of poverty, and survived primarily by working as a poorly paid illustrator for magazines. By 1900 though, he had created his own style in cosmopolitan Paris. Le Style Mucha became synonymous with French Art Nouveau, and elevated the status of poster art to fine art.

Although Mucha had been working in Paris for quite a few years, his innovative lithograph for the play Gismonda made him instantly famous. The play starred Parisian actress Sarah Bernhardt. And the poster immediately became the object of desire to collectors, many of whom used clandestine methods to obtain one, either bribing bill stickers or cutting them out from the hoardings at night.

Imagine there were no cinemas, no television sets; actors reached only a narrow circle of spectators. One had to be physically present at a performance to see the actor. For the rest of the people, the actor’s art remained a shimmering legend, inscrutable, and awe-inspiring like the lives of monarchs. Sarah, thanks to her posters, emerged from the inaccessible twilight of the theatre into the streets, for the first time in full view of the admiring crowd that would never have been able to see her in reality. And she loved it. Sarah Bernhardt immediately contracted Mucha for 6 years asking him to design not only her posters, but also her stage and costume designs, her jewellery, programs and so on. To earn more money, Bernhardt set aside a certain number of printed posters of each play to sell to collectors.

So what did Mucha do that brought him this 6-year contract… and eternal fame? Well, he created a poster of Sarah in life-size. Most posters that were created in those days had a certain size and format, limited of course by the size of the lithographic stone. And the maximum size of such a stone was 180 x 120 cm. But the Gismonda poster is 216 x 75 cm. To reach that lenghth, Mucha is said to have used the size of his (smaller) stone in a very creative way: he created a print that had to be cut in half and glued back together on the other side, making the resulting poster twice as tall. At least, that is what we read in all the books about this poster.

But there is something strange about this story. As Mucha later described it, on the 26th of December Bernhardt phoned her publisher Lemercier ordering a new poster. Bernardt decided to have a poster made to advertise the prolongation of her play after the Christmas break and insisted the poster be ready by the 1st of January 1895. Because of the holidays though, none of the regular Lemercier artists were available. Mucha happened to be at the publishing house correcting proofs, and that is how he got asked to do the poster… he was the only artist available.

According to his son Jiri, Mucha wrote in his memoirs …

As there was little time left, I decided to do the poster in two parts. First I drew the upper part on one stone, and while this was being printed, I drew the lower part on another stone.

So that would mean he did nót have the poster printed with a single stone, but with two stones. Yet, on its website the Mucha museum in Prague states that they have found evidence both parts of the poster were printed using a single stone. 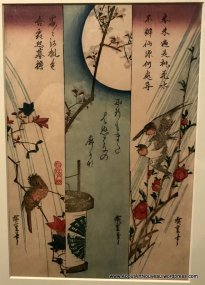 I guess we will never know the truth. But ever since I learned that the Japanese glued two standard size woodblock prints on top of each other in order to create a scroll like poster, or printed more than one scroll at the same time with only one woodblock (I wrote about that discovery here), I had hoped to find evidence that this Japanese practice was what had inspired Mucha. And that he was the one who had ‘invented’ a similar creative use of the lithographic stone. I would have loved to give him credit for that invention.

Unfortunately, the director of the Dutch Museum of Lithography Maarten Kentgens told me that Jules Chéret (1836-1932) already applied this method for his ‘live-size’ posters as early as 1889. Five years before Mucha used the trick, íf that is what he did at all. So there goes my theory…

Besides its long and narrow shape, Mucha’s poster had other features that made it so dramatically different. Unlike the typically bright-coloured posters of the time, like the ones we know from Cheret and Toulouse-Lautrec for instance, Mucha used delicate shades of violet, pink, green, brown and gold. Red, yellow and blue were the most common colours used in posters in those days, and it was the very absence of these colours that created the entirely new impression.

After the success with the Bernhardt posters, Mucha increasingly received commissions from well-known Parisian printers (such as Lemercier and Champenois) for advertising posters. Champenois also contracted Mucha to create a new type of product: a decorative panel, a poster without text, purely for decoration. They were published in large print runs for a modest price. On top of that his work regularly appeared in magazines, such as Les Maîtres de l’Affiche, published by Jules Chéret who was known as the father of the modern poster. Mucha was convinced about the fact that people should be surrounded by art, and lithography made that possible. 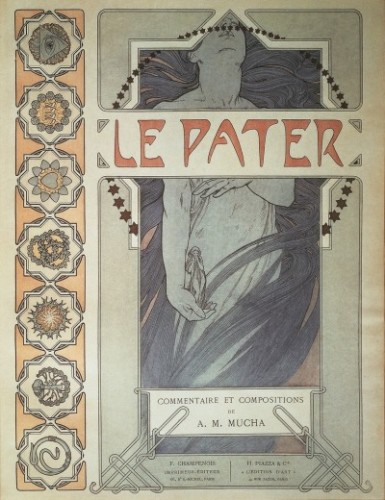 Mucha also wrote and illustrated books like Le Pater (1899), which he himself regarded as his manifesto, and an important handbook for his students and fellow artists entitled Documents Décoratifs (1901). Schools and libraries all over Europe purchased this book as it was considered a unique style-guide. It including examples of Mucha’s posters, decorative panels, furniture and jewellery designs, glass and ceramic designs etc. But also examples of his floral decorations, of animals and fonts. 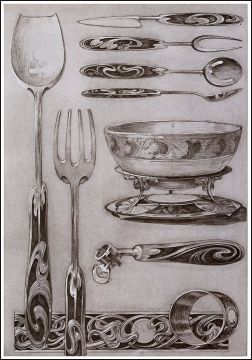 Besides the famous Gismonda poster, the Dutch Museum of Lithography showcases a complete volume of Documents Décoratifs, as well as a copy of its counterpart Figures Décoratives (1905). But they have so much more, showing how versatile Mucha really was: tin can decorations, wrapping paper, book covers, book plates, music scores, masonic medals, calendars, menu’s, photos, advertising posters… I guess there is only one thing you can do now: book a ticket and go see the exhibition yourself! It should be a delight after months of COVID-confinement.

@ The Dutch Museum of Lithography 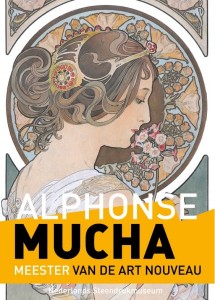 As mentioned earlier, the museum has published a catalogue about the exhibition which can be purchased online from their website. The hardcover book (64 pages) is written in Dutch by curator Lisette Almering and includes chapters about Mucha’s life and different facets of his work. It also includes a complete catalogue of the exhibited artworks. You can order the catalogue for a rediculously low price of € 7,50 online here.

N.B. On 10 June 2020, World Art Nouveau Day, the museum is presenting every 5th visitor with a free copy of the catalogue!

2 thoughts on “Alphonse Mucha, Master of the Art Nouveau”