I have been meaning to share these extraordinary Pilot Houses in Vlissingen (Flushing) with you for quite a few years. But since Vlissingen is in the back of beyond I never managed to actually get there… Now that we are vacationing in our own country due to COVID-19, I finally got around to see and properly photograph the houses myself.

Vlissingen is a Dutch city on the North side of the mouth of the Westerschelde river. All ships sailing from the North Sea to Antwerp – the largest Belgian port – need to pass through it. And with its many curves the Westerschelde is one of the most difficult rivers to navigate in the world. Another problem is the limited depth of the river: maximum 15 meters. Large ships depend on the tide and only have a few hours to navigate the river. Therefore, every ship of 80 meters or longer is obliged to hire a pilot. Ships longer than 300 meters even have to hire two pilots. It is not surprising that many Belgian pilots moved to Vlissingen in the past, and started a family there.

The ‘weird looking’ pilot houses at Spuistraat 59 – 65 were commissioned by Belgian maritime pilots permanently living in Vlissingen. Those pilots were part of an enclave that wanted to be recognizable and asked architect Petrus Franciscus (Pierre) Smagge (1876-1939) to design their houses. 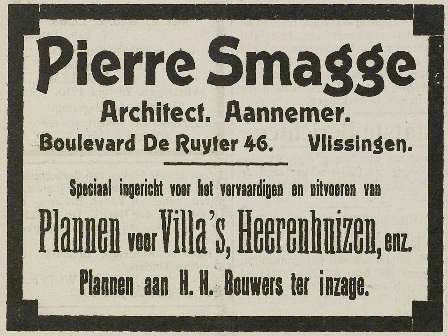 Smagge built eight houses in total, four detached on one side of the Spuistraat, and four in a row across the street. Only the detached ones are still there. The others were demolished in 1973.

Spuistraat Vlissingen, originally with Art Nouveau houses on both sides

The white façades of the villas are decorated with exotic geometric patterns in red paint that remind me of Japanese characters. I have no clue however, what the idea behind these Japanese characters was. Have you ever seen such extraordinary decorations anywhere else?!

The villas were named after the children of the four Belgian pilots (C. Timmerman, J. Willems, B. Maes and L. Timmerman) who lived there: 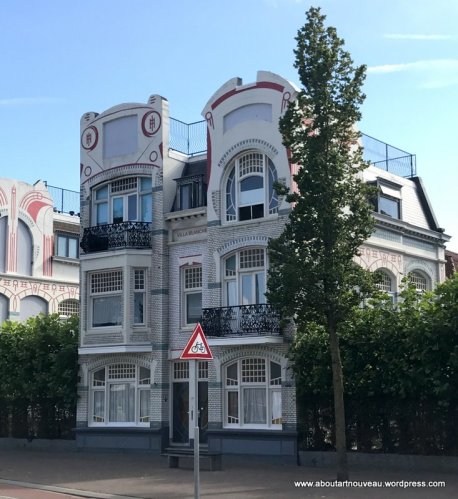 Pierre Smagge was born on 16 September 1876 in Vlissingen as the oldest son of Belgian pilot Honoré Smagge (1846-1931). He followed his architectural training in Antwerp, met his wife Elisabeth Henrica de Vries there and obviously got his inspiration for the four Art Nouveau villas there as well. Pierre established his business in Vlissingen on the 1st of January 1900. On the 14th of June 1909 he and Elisabeth got married in Vlissingen. 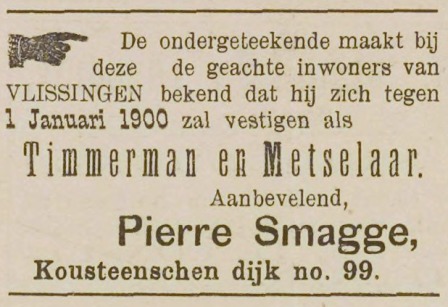 July 1910, Smagge moved his business from Steenebeer 17 to a much more prominent location at Boulevard De Ruyter 46. And from there on he also started referring to himself in his newspaper adds as Architect / Contractor rather than Carpenter / Mason. I can’t find any proof, but it wouldn’t surprise me if he built the new address himself, as the current building on that location still shows Art Nouveau features and a similar use of materials such as glazed facing brick and arched windows. Then, on the 14th of September 1910, Smagge was declared bankrupt. And on the 28th, a “significant amount” of building materials and tools were auctioned at the building site of the unfinished villas: Belgian and Dutch bricks, glazed bricks, doors, tiles, roof slates, beams, window frames, windows, ladders, workbenches and tools…

And as if that weren’t enough, more misfortune struck. The couple got a daughter on the 5th of February 1912: Mathilda Elisabeth. Tragically, their little girl passed away the next day. And I have found no record of any other children. 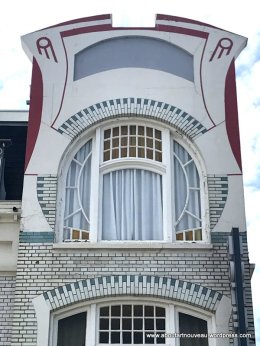 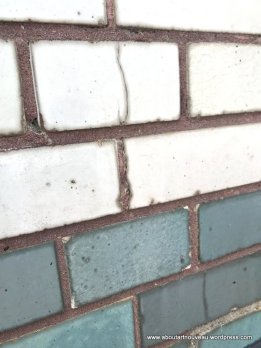 I also couldn’t find any other buildings by Pierre Smagge in Vlissingen. But I did manage to locate a few buildings he designed at De Panne, the resort town on the Belgian coast where Pierre’s family originated from. So it is quite likely the couple moved (back) to Belgium after their unfortunate years in Vlissingen.

Petrus Franciscus (Pierre) Smagge died 19 May 1939 and was burried in the family grave at the De Panne cemetery (Plot D 24).

All in all I find it a rather unsatisfying story. Pierre Smagge advertised every week in the local newspapers. He worked on the project of the pilot houses and he moved to a new ‘office’. One would think that he was doing great. So what killed his business?

Anyone who knows more about this story is heartily invited to share the information.