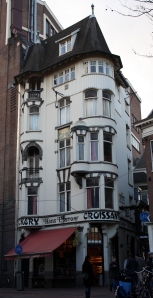 Friday was a beautiful day! I traveled to Amsterdam to meet my old friend Pia whom I had not seen in 3 years. And you know what? Pia had prepared an Art Nouveau tour through her hometown Amsterdam. She had printed the description of each building and I got a private tour!

During the day, I asked Pia about her opinion of Art Nouveau architecture and she explained to me how she cycles through the city every day with her two little boys; how she has to carefully manoeuvre between cars, busses, trams and motorcycles, and never actually noticed the beautiful Art Nouveau architecture around her! Wandering the city together with me, she said, was a pleasant surprise as she discovered how much she actually liked the style!

Our first discovery is this interesting bakery at Spuistraat 274, which is a registered monument (RM518458). Even though the plaque on the exterior tells us the building already existed back in the 1800s, the facade in its current state was designed in 1898 by Gerrit van Arkel (1858-1918) for D.C. Stähle. Van Arkel designs are characterized by the frequent use of bay windows and loggias, as well as asymmetrically placed balconies, towers and domes, and I think this bakery is a really appealing example.

Looking at this old photograph, we can see that the wooden paneling around the 4th floor facade was originally not white, but a shade darker. The bakery also looked much taller and the spires more prominent as the huge building that is now adjacent wasn’t there originally. Imagine the smell of fresh bread in the early morning coming from the bakery below when you stretch your arms and yawn on your fairytale loggia under a sunny sky in the heart of bustling Amsterdam!

Click on above panorama photo to view tile panels in detail

The bakery must have been doing really well. The exterior as well as the interior of the shop were richly decorated. Outside, on the second floor is a tile panel with a bunch of ears. And there are also a lot of stained glass windows with floral designs. Inside huge tile panels depicting several steps of the bread making process remain: sowing, harvesting, kneading, baking and blowing the horn – as a signal that the bread was ready. The tile panels were produced by The Hague Plateelbakkerij Rozenburg as the tiles are signed with DH which is the signature of tile painter Daniel Harkink. Harkink worked at Rozenburg until 1901. The ceiling is decorated with ears and wild flowers against a light and ocher background. The flowers also refer back to the bakery. 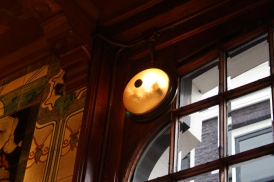 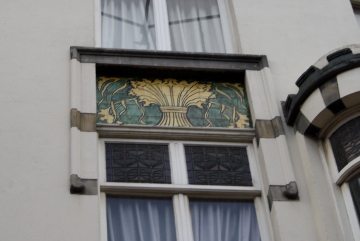 Interesting is the fact that there are two proposals in the Amsterdam archives. 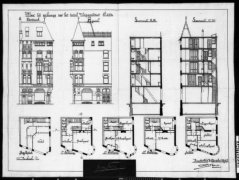 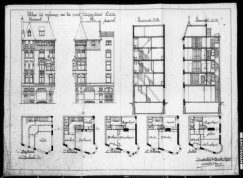 We got there for the architecture, but who can withstand the smell of a bakery? Pia and I ended up buying some yummy cinnamon cookies which was much appreciated by the home front!

After having been gone for three years, the Art Deco Fair in The Hague is back! (14-16 feb 2020) Art Deco? I can hear you ask. Yes. Though this fair actually features (applied) art from 1880 to 1980, the bulk of it is Art Nouveau, Amsterdam School and Art Deco. To read my review and see more photos —> visit my blog (Link in Bio). #jugendstil #interieur #interiordesign #interiordecorating #perioddecor #artnouveaustyle #jugendstildesign #design #artdeco #amsterdamschool #museumhetschip #hetscheepvaarthuis #artdeco20 #artdecobeurs20 #artdecobeurs #artdecobeursdenhaag #VVNK #nieuwekunst #artnouveau #wordpressblogger #maisonartnouveau
%d bloggers like this: